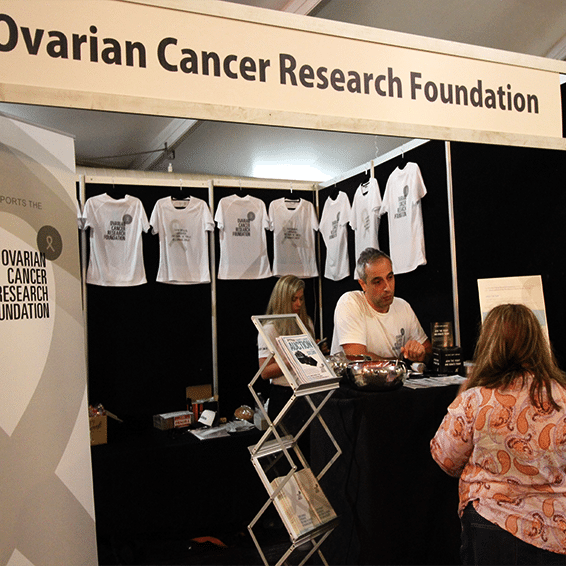 $65,000 was raised for the Ovarian Cancer Research Foundation

The Diesel Dirt & Turf Annual Charity Golf Day is becoming a fixture in the calendar for people within the industry to give something to worthy causes that mean something. This year was no different, with DD&T working together with one of our Sponsors in Digga and the Ovarian Cancer Research Foundation to raise money and shine a light on Ovarian Cancer

Ovarian Cancer is a cancer that has little to no symptoms in its early stages and women are often diagnosed in the later stages of the disease. In the later stages it has spread to other organs in the body leaving little to no chance at survival. The OCRF is investing heavily into research and understanding the disease and working on early detection methods to help prevent the spread and increase the survival rate from Ovarian Cancer.

ONE WOMAN DIES EVERY 8 HOURS FROM OVARIAN CANCER. IT COULD BE YOUR MOTHER, WIFE, SISTER, FRIEND OR EVEN YOUR DAUGHTER.

This cause hits particularly close to home for the industry with Suzie Wright the CEO of Digga passing away from the disease in June 2018. It also extends into the Diesel Dirt & Turf family with Steve Zivkovich’s mother also passing away from this terrible disease.

So on the 15th of March 130 golfers from the machinery industry hit the tees to play 18 holes of golf, have a great day and raise some serious cash for OCRF. Every hole had a dedicated sponsor, competitions through out the day, cheat hole, players getting tickets for doing the wrong thing, putting competitions and so much more.

After the 18 holes where completed the organisers, sponsors and golfers gathered together for lunch, to hear from some people who have been impacted by the disease, OCRF and event organisers.

We finished off the day with the Golf Day Raffle & Auction. Some serious bidders where on hand for a Tiger Woods signed frame, a Toro lawnmower, Bill Clinton signed book, signed Panthers memorabilia, signed Bottle’O Racing and signed Bronco shirt, a Sydney craft brewery private group tour and much more. The raffle was epic, with tickets being purchased at a rapid rate and heaps of prizes won & a ton of money raised.

In total the event raised $32,500 and Suzie’s family generously matched that amount to take the total raised to $65,000. Digga has also continued to work with OCRF at various events around the country to raise more money – please donate to this worth cause at The Ovarian Cancer Research Foundation or keep up to date at digga Australia’s website.

INTERNATIONAL REACH FOR DIESEL DIRT & TURF EXPO All the latest and…